Dale Mine is in an impressive location, standing high above the Manifold Valley opposite Ecton hill, site of the renowned copper mines of the Dukes of Devonshire. From here you can begin to appreciate how the countryside we see today has been created through the interplay of natural and human forces, and begin to understand how a landscape can change. Amongst evidence of medieval lynchets, and field boundaries of various ages, the remnant lumps and bumps of earlier mining are testament to what was once a busy, noisy, industrial landscape and which is now one of rural calm.

Dale Mine itself is an historically important 18th and 19th century lead and zinc mine, a key archaeological site within the Peak District National Park Authority’s (PDNPA) Warslow Moors Estate, with a range of unusual features. One of these unusual features is a unique set of visually impressive ‘ore-bins’. Once interpreted as a series of limekilns, the ore bins are an unusual feature that has no known parallel elsewhere at a mine site in Britain. They were the focus of this project alongside the site of one of the engine houses that once stood here.

In the summer of 2018, Dr John Barnatt carried out a surface survey of the archaeological remains associated with the mine as well as earlier activity. This was done as part of the Small Heritage Adoption Project as a precursor to the work carried out in 2019.
Previously, John had surveyed the underground workings of the mine, and the above ground survey was intended to complete this work. However, it was always hoped that further exploration beyond the surveys could be done to increase understanding of this fascinating mine and its enigmatic ore bin structure.

Before and After Excavation and Consolidation

Geophysical Survey
Luckily for the South West Peak Landscape Partnership, our volunteers are not only enthusiastic and hardworking but also highly skilled. Two very experienced volunteers Richard and Angela Kniseley-Marpole offered to carry out a resistivity survey of the site using their own equipment prior to any invasive exploration. They needed help to do this, so together with the SWP Cultural Heritage Officer (CHO), Catherine Parker Heath, they delivered training in geophysics and gathered together more enthusiastic and hardworking volunteers to assist with a resistivity survey across part of the site during the week beginning 12th August 2019.

Excavation and Consolidation
Following the geophysical survey, starting on 20th August 2019 and finishing on 12th September 2019, work began to excavate around and behind the ore bin structure, and the site of one of the steam engine houses under the direction of Dr John Barnatt. Concurrently, the structure was consolidated under the expertise of Mark Womersley of Womersleys Ltd.

Over the four weeks, 24 volunteers took part. They were trained in archaeological excavation and the use of lime mortar to consolidate the structure. The 24 volunteers, between them, carried out 118 volunteer days equating to 826 volunteer hours. Three of the volunteers assisted with the running of the project acting as duty managers and first aiders. In addition, an Open Day was held during the final week which resulted in 2 new volunteers signing up with the SWPLPS. The Open Day also saw the adoption of the site by the newly formed interest group ‘Friends of Dale Mine’.

Next Steps
The SWP CHO and John Barnatt are in the process of working with local company Leander Architectural (of Dove Holes, Buxton) to produce an interpretative plaque that will be placed at the site, which lies on a Public Right of Way and access land, to inform visitors and passers-by. 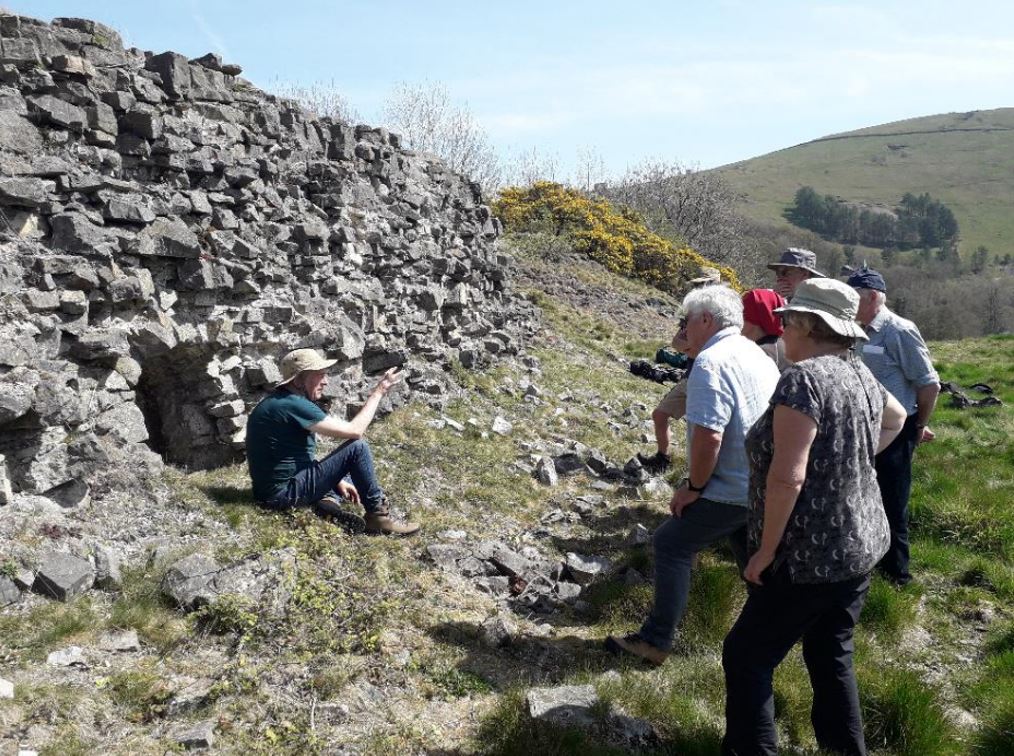 Dr John Barnatt talking to SWP volunteers during a site visit in April 2019 as part of the planning stage. SWP volunteers excavating the ‘tanks’ at the back of the ore bins. 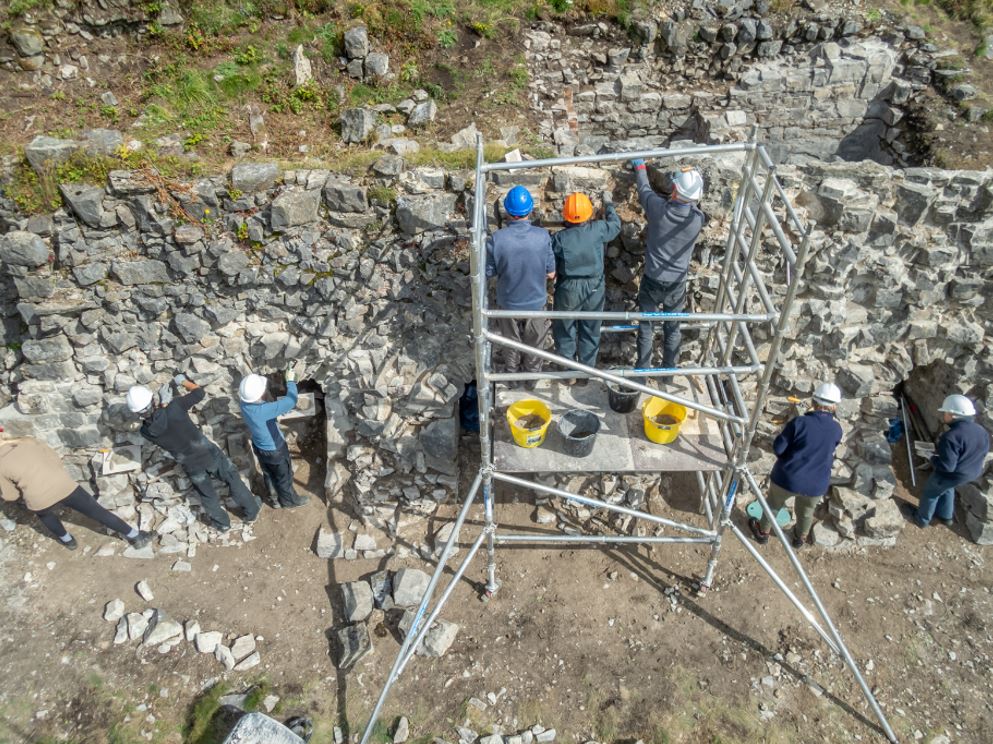 Full PDF copies of the survey report and excavation and consolidation report can be found here:

Dale Mine: Archaeological Excavations and Consolidation at and around the Settling Tanks

Dale Mine, Warslow: Survey and Interpretation of a Historically Important Lead Mine