The Land That Made Us: The Peak District Farmer’s Story book is about farming history. Edited by Peak District writers and photographers Christine Gregory and Sheila Hine, it tells the tale of 80 years of farming in the South West Peak.

Sheila and Christine collected stories told by local farmers and land managers who have lived and worked in this landscape for generations. The book includes tales of labouring in harsh winter weather in difficult terrain as well as memories of close communities where neighbours looked out for one another. People recount the challenges of working with changes in farming policies, the transition to new technologies, and speculate what the future may hold for their way of life in the South West Peak.

The book was launched in the South West Peak in October 2019, to an audience of 120 people, at Heaton House Farm, Rushton Spencer. Keynote speakers were journalist and Landscape Review lead Julian Glover; biologist and co-founder of the College for Real Farming and Food Culture, Colin Tudge; and Peak District dairy farmer and Nuffield scholar Robert Thornhill. You can listen to a recording of the event below:

In the links below, you can hear some of the people interviewed for the book talking about their lives in the South West Peak. Thanks to volunteer Paul Andrews for creating the audio files for everyone to enjoy. Hearing it straight from the people who have lived through some extraordinary times in a beautiful and challenging environment really gives you an authentic sense of what the South West Peak is all about.

Enjoy the audio files and read the companion written transcripts. To listen to the audio, just click the links below to download them or play them through your browser.

The Land That Made Us: The Peak District Farmer’s Story book can be purchased at these retailers:

Disclaimer: Please keep in mind that these audio files and written transcripts are oral history interviews with a wide variety of different people and that the views expressed by the interviewers and the subjects are not necessarily the views of the South West Peak Landscape Partnership. 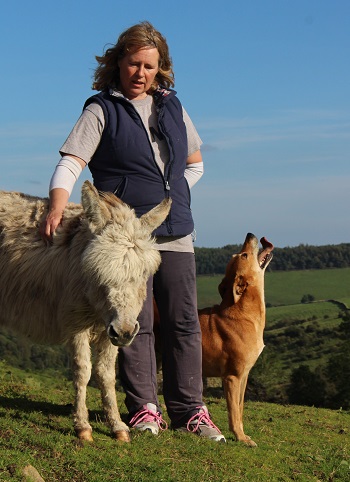 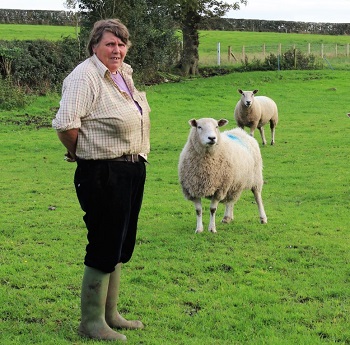 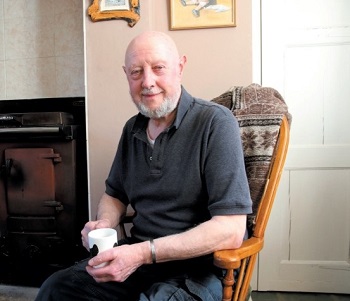 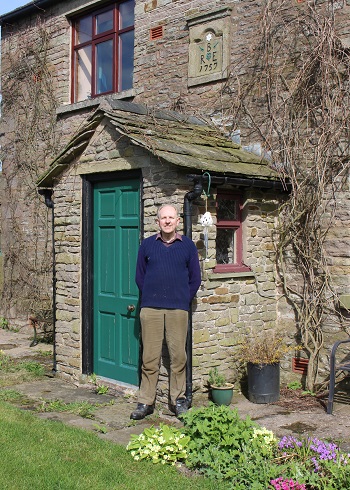 After taking early retirement from the NHS, where he worked in finance, David decided to take up farming and moved to Cophurst farm, Sutton.  Here, on this small holding, he started out farming cattle, but now he rents the land out and manages the land for conservation inline with the Higher Level Stewardship scheme that he entered in 2007.
Interview Date: 2015
David Bullock mp3 (24:39)
David Bullock Transcript 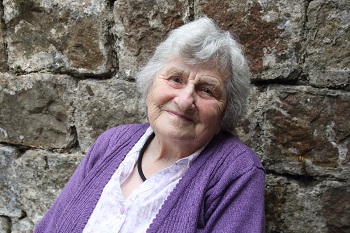 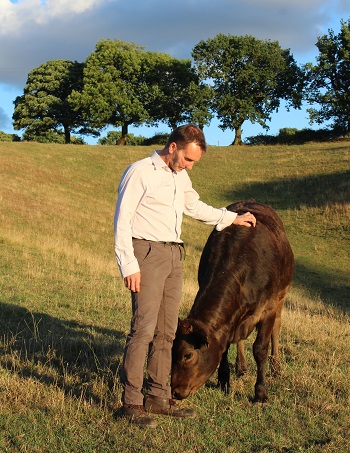 David Fryer was born into a non-farming family and raised in the countryside at Strines, near Marple.  He started his career as a farmer at the age of nineteen when he bought a small farm on Anglesey and farmed there for a short period. Returning to the family home in Strines, he eventually bought a farm near Longnor and built up a large dairy herd. David now lives on the farm with his daughter, Heather, and her family.
Interview Date: tbc
David Fryer mp3 (10:24)
David Fryer Transcript 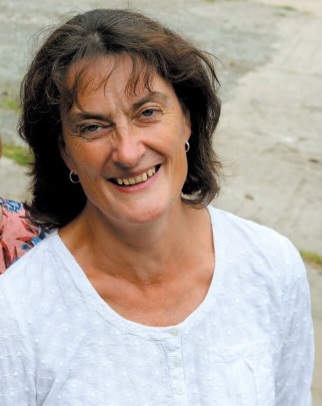 The ancient farmhouse at Boosley Grange is split in two and the little girl next door to Denise Jarman and her family was Heather Fryer-Winder. Heather lived alone with her father David Fryer for twenty years, after her mother left, when she was just five years old. She left the farm in her twenties for a spell in Germany, but returned to Boosley Grange where she now lives with her husband, two children and father David, who once had a large dairy herd. Most of the fields are now let for grazing. Heather remembers a tough and lonely life on the farm in which support from the girls next door was vital to her.
Interview Date: tbc
Heather Fryer-Winder mp3 (10:42)
Heather Fryer-Winder Transcript 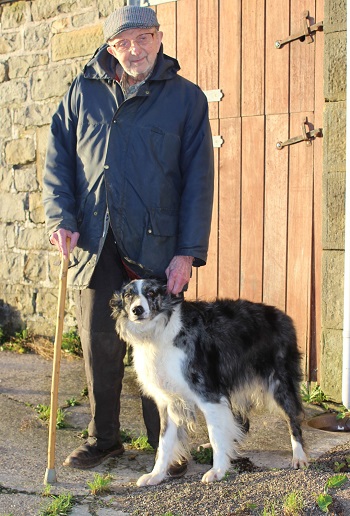 Harry Gee was born in 1923 at The Hayes, Reapsmoor.  His family moved to Ridge Farm, Longnor where he remained for the rest of his life until he passed away in January 2018.  In this interview with Sheila Hine in June 2015, Harry describes some of the changes that occurred in farming over his lifetime.vital to her.
Interview Date: 2015
Harry Gee mp3 Part 1 - Farming (25:27)
Harry Gee mp3 Part 2 - Winter of 1947 (8:24)
Harry Gee Transcript Part 1 - Farming
Harry Gee Transcript Part 2 - Winter of 1947 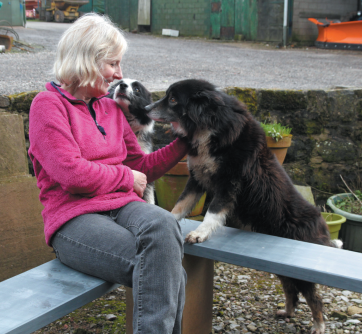 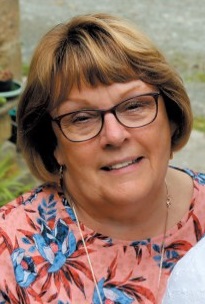 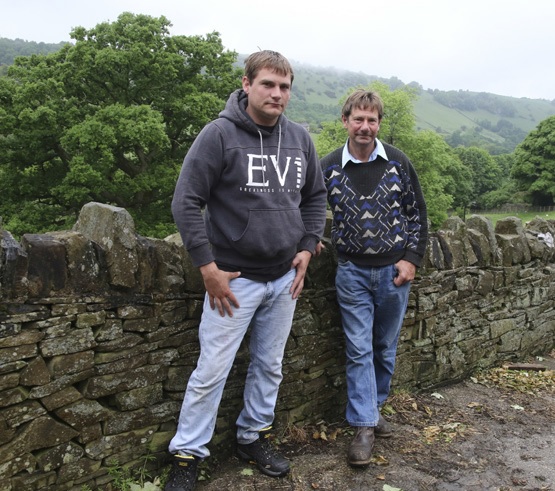 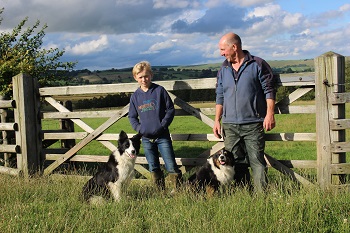 Neil has spent over thirty years farming at Big Fernyford Farm, Reapsmoor, between Longnor and Warslow. From 1968, Big Fernyford was farmed by Sylvia and Michael Woolley, who also contributed to this project. Neil is a former champion sheep shearer and with his partner Dorota and youngest son is now a specialist sheep breeder.  Neil spoke with Sheila Hines in May 2017 about his farming activities and the environmental work that he does on the farm, which is jointly owned by Natural England and the Peak District National Park.
Interview Date: 2017
Neil Richardson Part 1 - farm mp3 (21:14)
Neil Richardson Part 2 - environment mp3 (13:09)
Neil Richardson Transcript Part 1
Neil Richardson Transcript Part 2 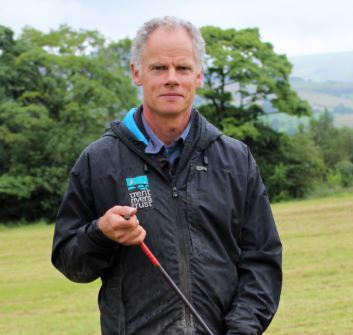 Adrian used to work for Natural England as an adviser on the Higher Level Stewardship Scheme. He now works part-time for Trent Rivers Trust as Tittesworth Catchment Adviser. In both of these roles Adrian developed a strong collaborative approach in his work with farmers.
Interview Date: 2015
Adrian Rochford.mp3 (15:43)
Adrian Rochford Transcript 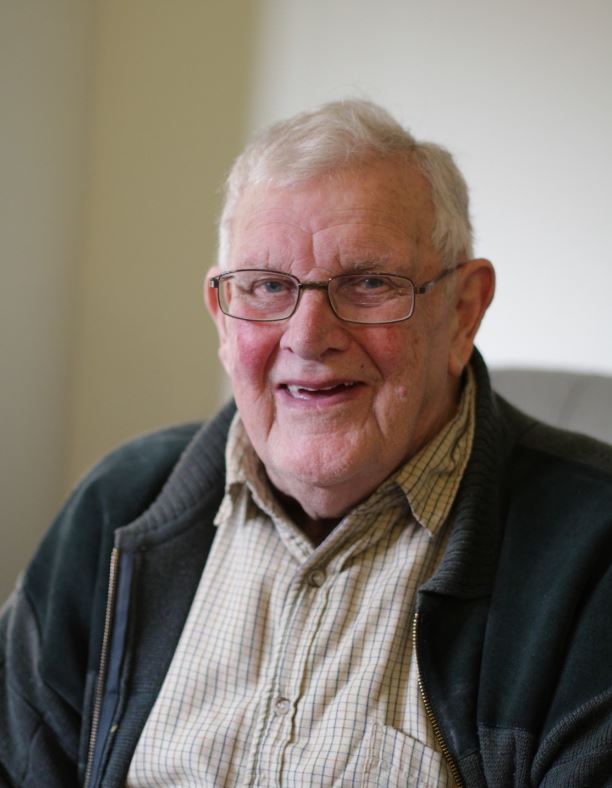 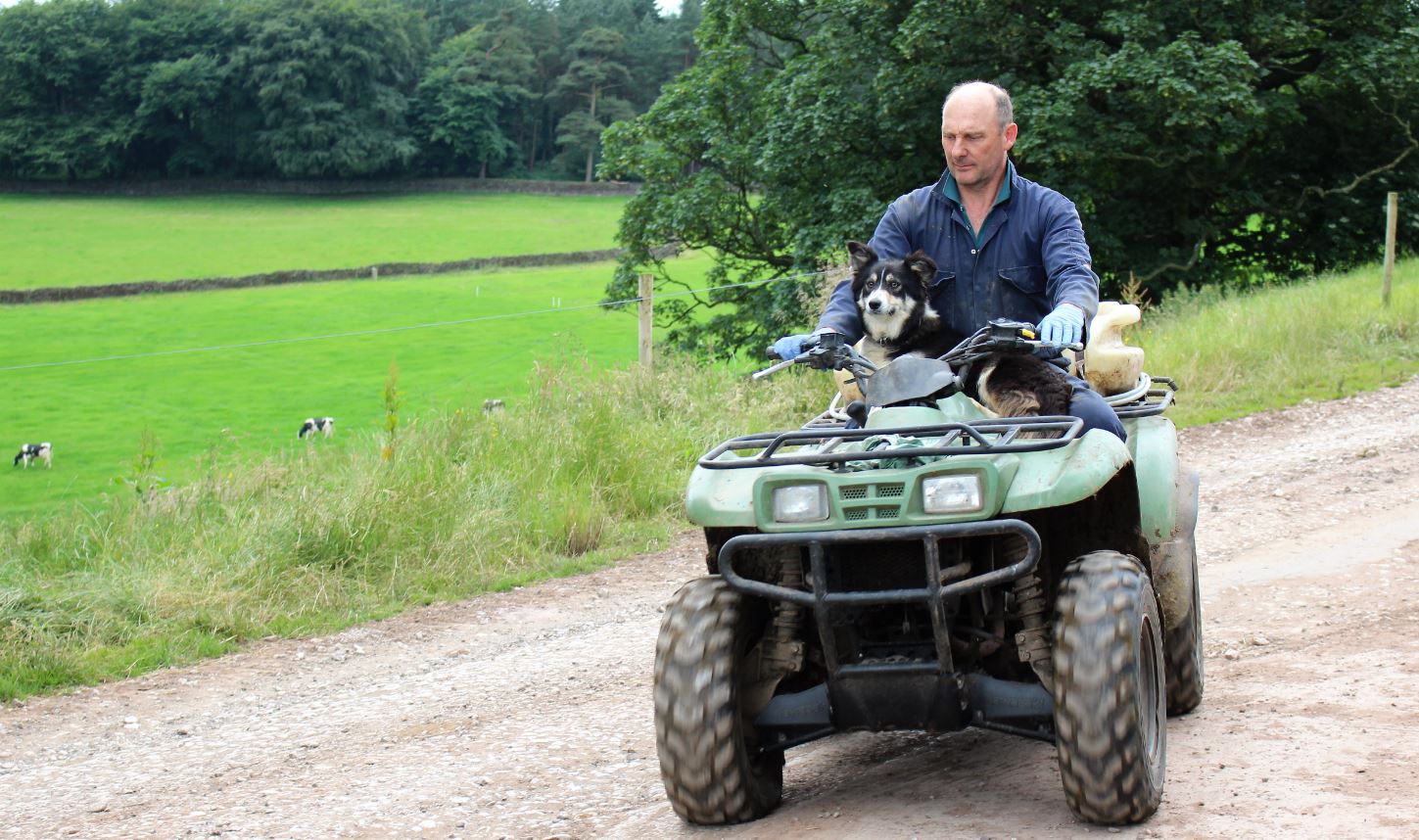 Peter is the son of Arthur Slack. Peter farms with his wife Sylvia (pictured below) and two sons Sam and Matthew (featured below) at Overton Farm at Taxal above the Goyt Valley. As well as farming, he makes a supplementary living as an after-dinner speaker.
Interview Date: 2017
Peter Slack.mp3 (8:41)
Peter Slack Transcript 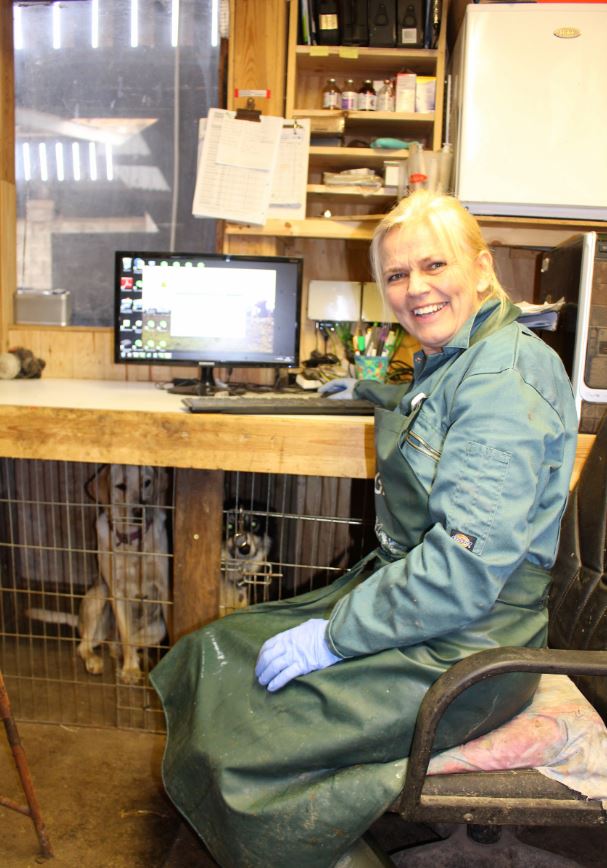 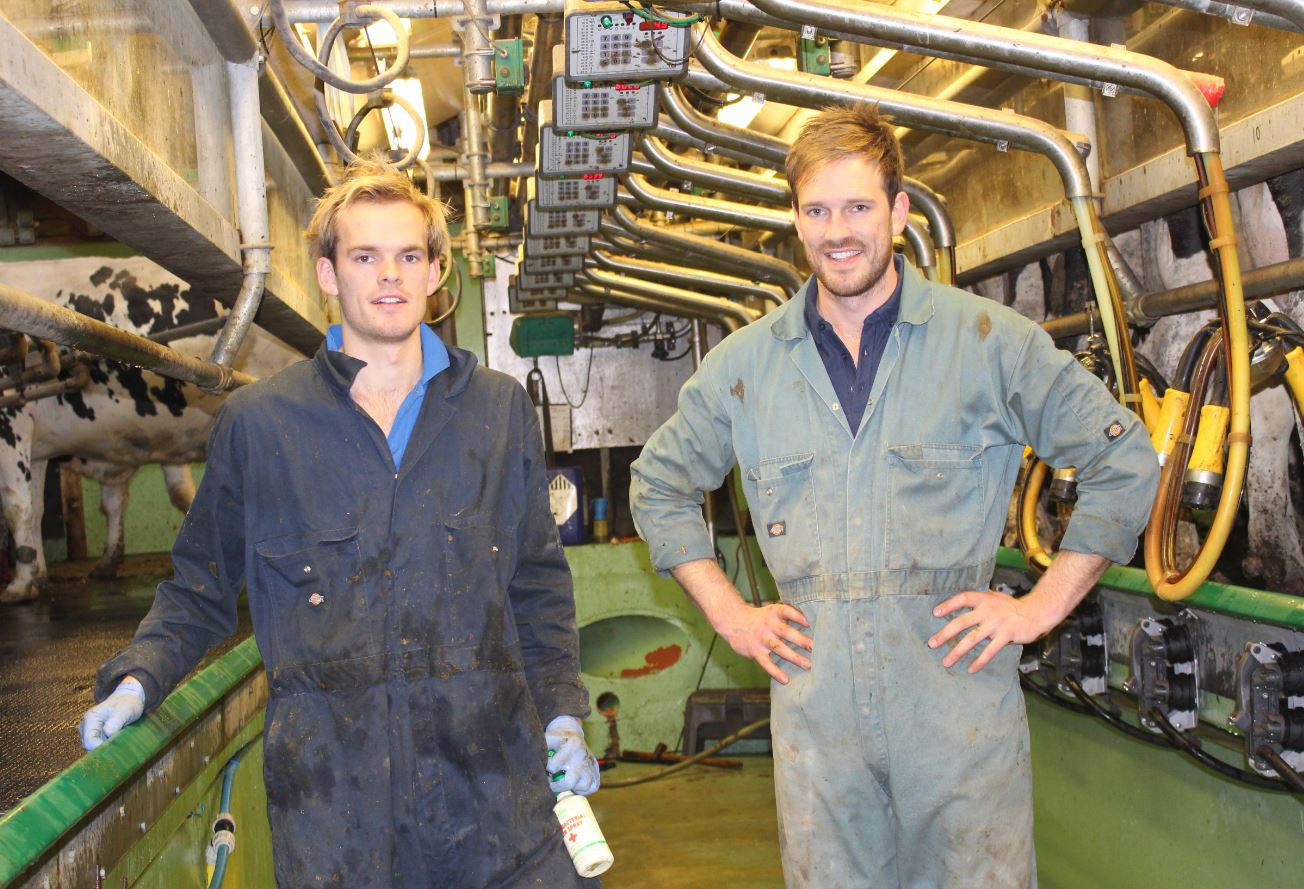 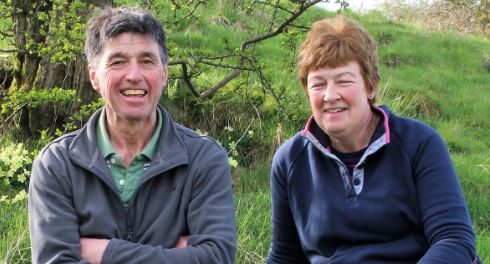 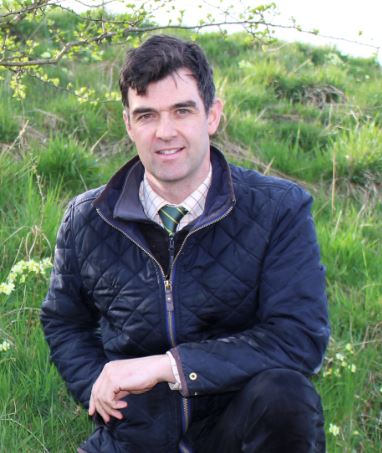 Andrew Stone grew up on Onecote Grange Farm, the dairy farm run by his parents, John and Janet Stone, who also contributed to this oral history of farming in the South West Peak.
Interview Date: 2017
Andrew Stone.mp3 (4:39)
Andrew Stone Transcript 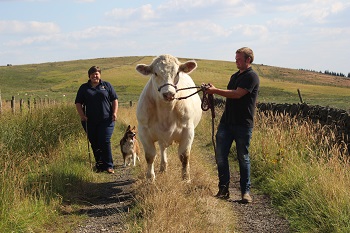 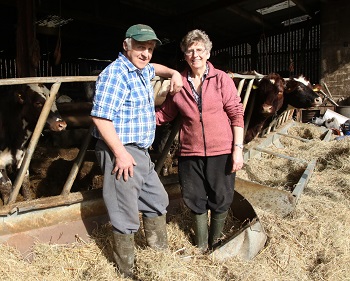 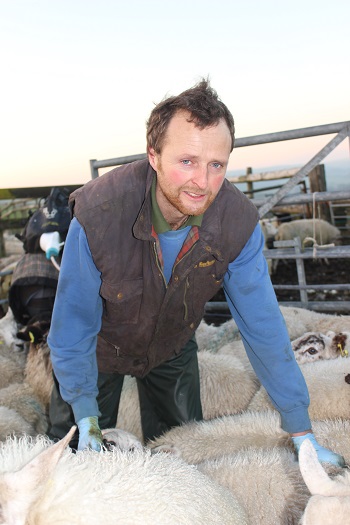 Andrew works with his parents and brother on a substantial and very modern family farm, near Onecote. He mainly works with the animals on the farm, but also helps his brother Carl with the agricultural contracting side of the family business.
Interview Date: 2017
Andrew Turnock mp3 (9:26)
Andrew Turnock Transcript 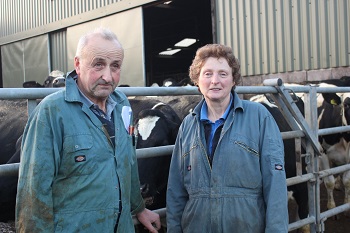 Graham has spent his life farming at Dun Lea Farm, near Onecote. He and his brother David joined the family business when they left school. His lifetime of farming reflects the general drive to expand and intensify, thereby increasing inputs and yields. Graham is pictured with his wife, Carol Turnock.
Interview Date: 2017
Graham Turnock mp3 (24:09)
Graham Turnock Transcript 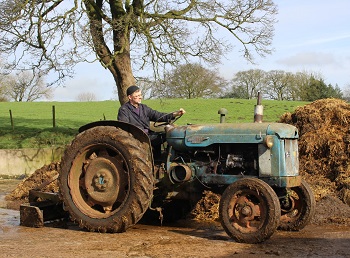 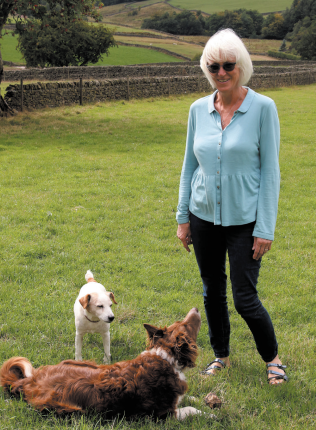 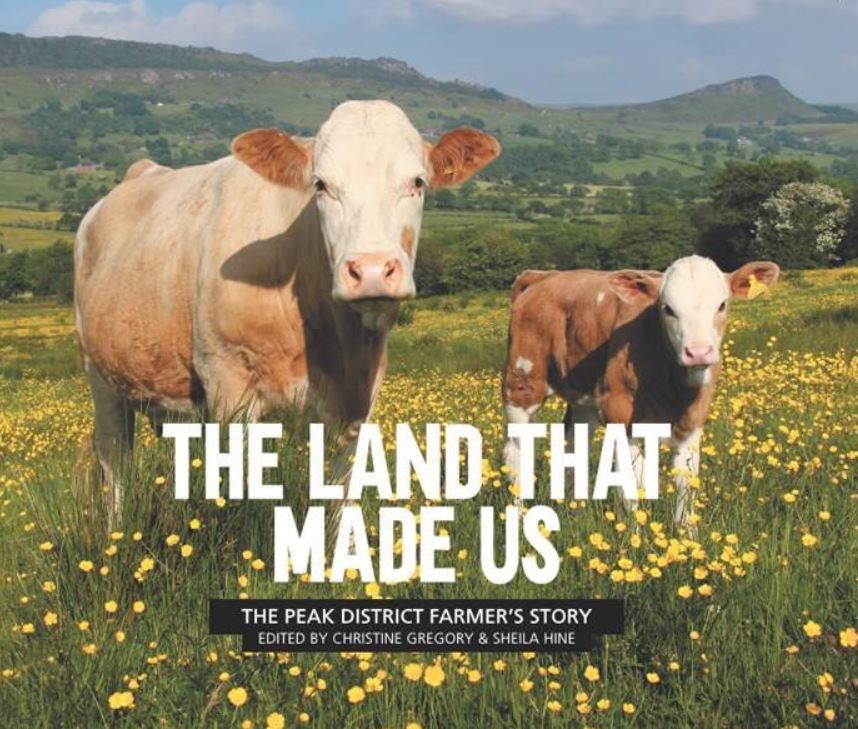