It’s official, white-clawed crayfish are back in the South West Peak!

While it may seem small to us the white-clawed crayfish is the UK’s largest native freshwater invertebrate and is an important component of our waterways. This often hidden and largely defenceless species is now globally endangered due to non-native competitors, disease and widespread habitat loss.

However, with funding from the Environment Agency, the Crayfish in Crisis project, part of the South West Peak Landscape Partnership, (supported by the Heritage Lottery Fund), is doing something about it. The goal of the project is to eventually re-establish permanent and stable populations in the South West Peak. The project team is surveying isolated headwaters in the Peak District to identify the best locations for white-clawed crayfish to call home. Once suitable new homes are found, then crayfish need to be sourced from so-called ‘donor’ populations which have good numbers of healthy native crayfish at present, but which may be at risk in the future.

James Stewart, Forestry Commission Wildlife Ranger said: “We have been working hard with Nick for several to years protect the crayfish and improve their habitat. It is great to have such a healthy population and be in a position to support an important project like this. The thought that our work could contribute to a new, safe population of native crayfish is something we are proud of.”

Nick who is leading the project said: “We are delighted to announce that the conservation partners were able to establish our first two ‘Ark’ sites during the first year of the project. Together with future translocations, we hope that they will form the nucleus of new breeding populations in this area. The sites were selected with great care and our aim is to protect them into the future. The biggest threat remains the spread of American signal crayfish and the ‘crayfish plague’ they sometimes carry.”

To help protect the white-claws, we have an important message for visitors to watercourses in the Peak District: please always Check, Clean & Dry your wellies, fishing gear or dogs before you enter the water. Please do the same at the end of your day. Here’s the website address for more information: http://www.nonnativespecies.org/checkcleandry/

As with all great ventures it is impossible to succeed alone; conservation partners are providing both time and funding. Tim Brooks, Environment Agency Biodiversity Technical Officer is excited about this most recent effort to improve the long term chances of the species “White-clawed crayfish are a keystone species in our freshwater environment and this work is a real positive step in conserving our native wildlife for future generations”. 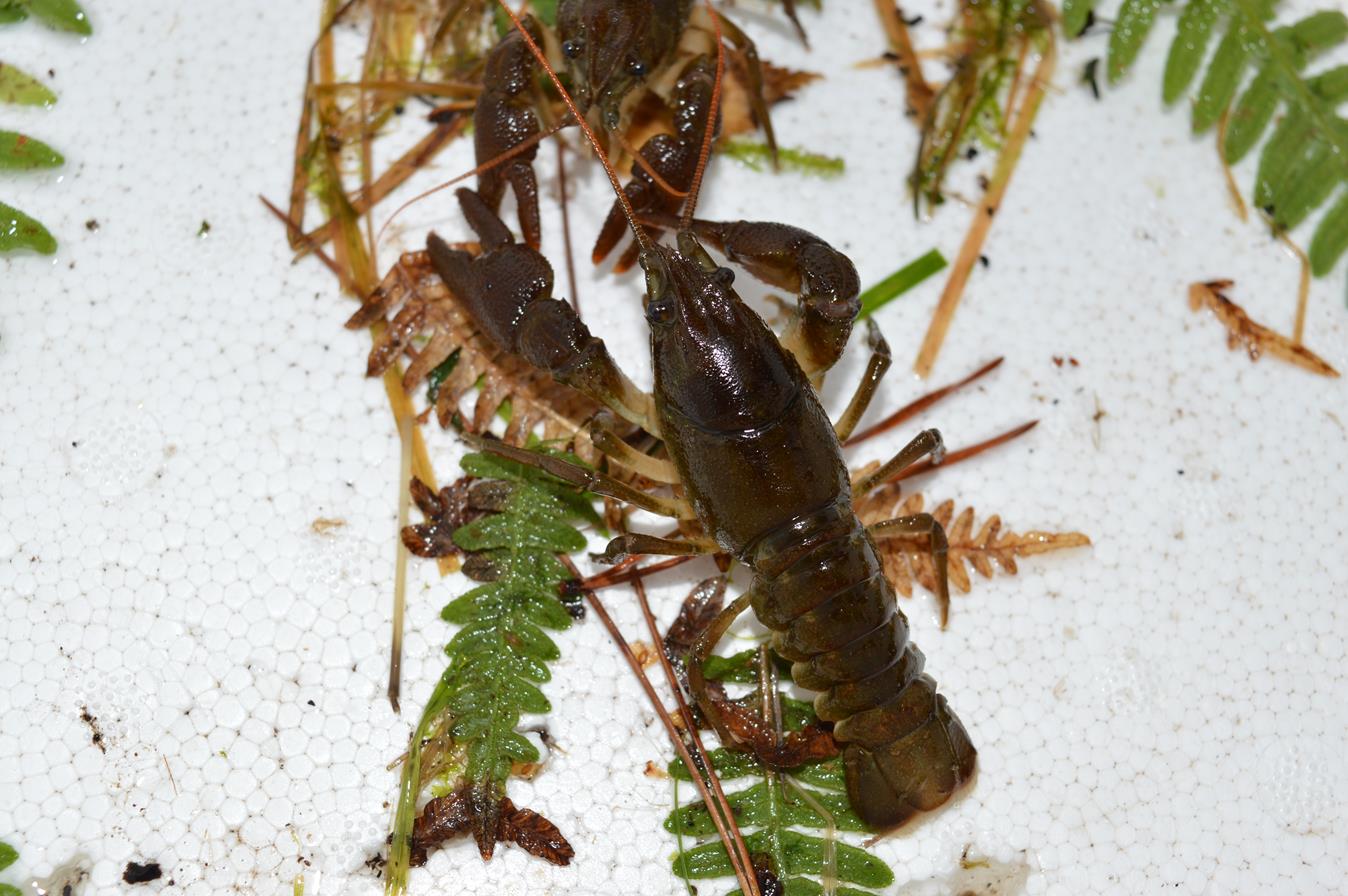