I have been busy working with volunteers unlocking the secrets of Errwood Hall to create the content for the Augmented Reality App which was the subject of a Big Give campaign we organised in partnership with the Peak District National Park Foundation (PDNPF), in November, last year (2021). The PDNPF is the official charity for the Peak District – they direct support to projects and places where it has the greatest impact for the environment, nature and cultural heritage, that connects people from all backgrounds with a shared vision of a National Park enjoyed and conserved by everyone. Thanks to everyone who donated to The Big Give campaign including: The Outdoor Guide Foundation, Mr J Butler, The Bingham Trust, and many individual donors.

When we embarked upon this journey of discovery, little did we know just how many secrets there would be to unlock! One of the biggest secrets is the layout of the Hall. Definitive floor plans and sections have proved elusive, and after exploring many avenues, we have to accept that it seems that Alexander Roos, the alleged architect of the Errwood Hall, left no plans or sections behind, although two drawings have been ascribed to him.

One of the key parts of the App will be a 3D model of the Hall as it once looked and although we have many old photographs – which you can see on David Stirling’s goyt-valley.org.uk website – they are not always as sharp as we would like them, and certainly leave much unknown about the rear of the building. As a result, we have had to make some difficult decisions in relation to the information we have gleaned from the photos, but always with the proviso that we must be able to justify our conclusions.

It may be that not everyone will agree with the finished model, but that is okay. That is the nature of historical research and archaeology – they are an act of interpretation. One of the big questions and one, which David has already outlined on his website is whether there was a courtyard. After much deliberation, including conversations with Ros Westwood curator of Buxton Museum, we have decided there was not, but whether it was there when the house was first built is another matter and is a question that will be incorporated into the App.

The App is being developed by digital visualisation and immersive studio Bloc Digital, and here’s what their 3D Artist Matt Wilkins had to say about it: “It’s great that by using various sources, ranging from old photographs, paintings, plans and the written word, we’ve been able to harness digital technology to help us visualise and test the many different theories surrounding Errwood Hall. By using this technology, we can add context to what currently remains of the Hall, and hopefully begin to unlock its secrets.”

The uncertainty, the secrets, are a means of engaging our audience, we believe, and we are not going to shy away from this. We can gain much by delving into what the sources tell us about how the house was laid out, and the bottom line, is we just do not know. As soon as we think we have it pinned down, there is something else – a line in a first-hand account, the remains we see on the ground today, the evidence from old maps and the 1930s sale catalogue – that seem to contradict our thoughts. It makes for an exciting journey though and one which we hope we can bring out in the App.

We would also like to include in the App sound recordings of people who have memories of the Hall – playing in the ruins or memories that have been handed down to them. If you are one such person and would be happy to be recorded sharing what you know, which will then be put into the App, then it would be great to hear from you. 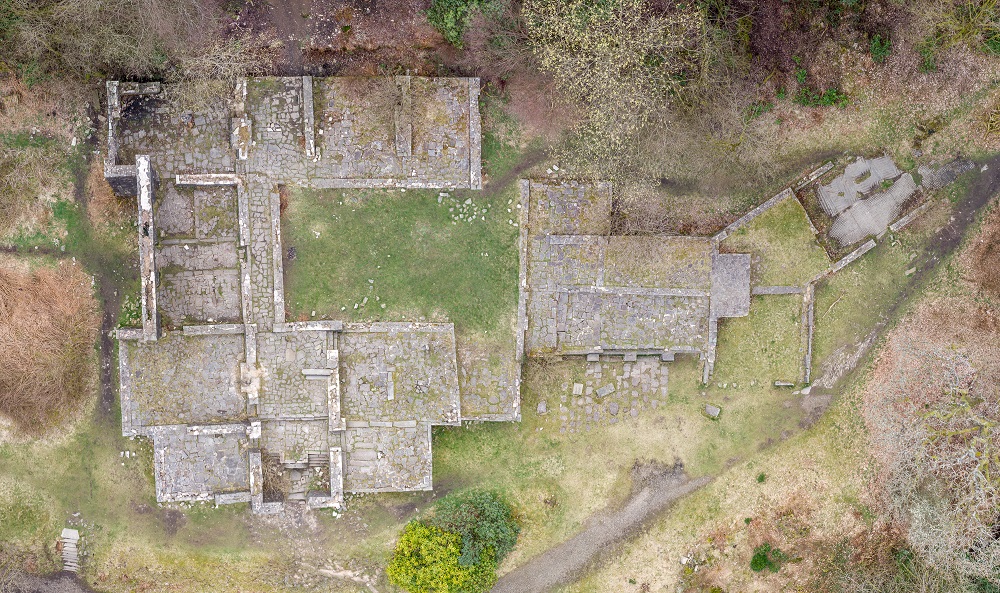