The Land That Made Us: The Peak District Farmer's Story

A new book about farming history by Peak District writers and photographers Christine Gregory and Sheila Hine has been published.

The Land That Made Us: The Peak District Farmer’s Story tells the tale of 80 years of farming in the South-West Peak - the area extending from Lyme Park in the north, to Onecote in the south, and from Macclesfield in the west, to Buxton in the east.

Sheila Hine and Christine Gregory have collected stories told by local farmers and land managers who have lived and worked in this landscape for generations. 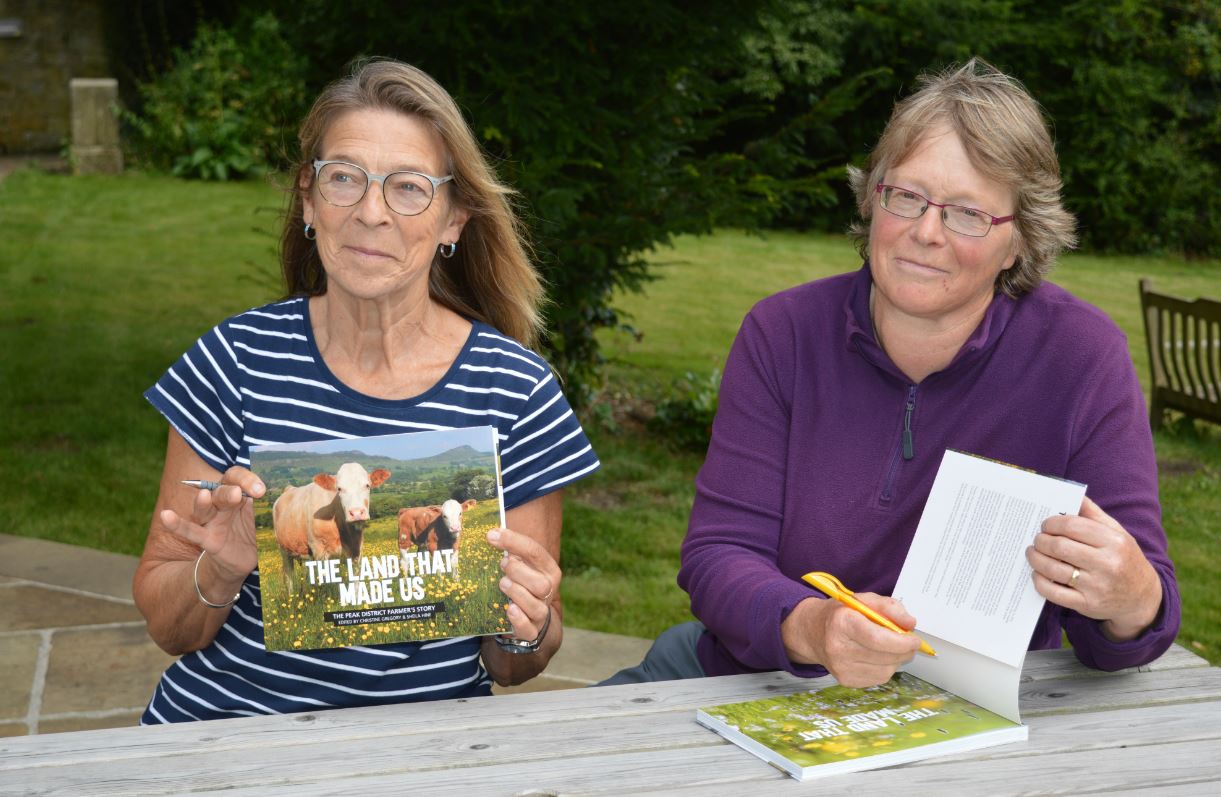 The book includes tales of labouring in harsh winter weather in difficult terrain as well as memories of close communities where neighbours looked out for one another. People recount the challenges of working with changes in farming policies, the transition to new technologies, and speculate what the future may hold for their way of life in the South West Peak.

Speaking at the book launch at Heaton House Farm, Rushton Spencer on October 10, Sheila Hine said: "We wanted to show how and why farming has changed and developed in this beautiful but often hard upland area and to show the hardship and difficulties as well as successes. We hope this book will help to foster an understanding and also be a record in time. It wouldn't have been possible without the participation of our interviewees for which we thank them very much. It was often difficult for farmers to take time out so that we could actually do the interviews!"

Christine Gregory said: “It was a challenge to find a way through hundreds of thousands of words in the transcripts of something like 70 hours of interviews with over 30 farmers and land managers. Many of our interviewees articulated in moving ways, personal accounts of their own farming and family histories and together they present a unique insight into changes to our landscapes, wildlife and food production. The book is structured chronically and begins in the Second World War with memories of farming with horses and the government drive to dig for victory. What follows decade by decade are accounts of early days inside the Common Market, then the European Union and the impacts this has had first with the hard drive for production and later the recognition of the value of uplands for water supply, carbon sequestration and protection of wildlife. In the Land That Made Us we hear firsthand how there are sometimes conflicting ideas about the meaning of conservation. In editing and compiling the book I have endeavoured to select farmers experiences, feelings and thoughts in their own words through the decades that have changed all our relationships to nature, farming and food production in the land we all depend on for life.”

Keynote speaker at the launch Julian Glover, author of the recent government review of protected landscapes, praised the honesty and quality of the book, saying it was the only one of its kind he had seen.  In his foreword, Colin Tudge, co-founder of the Oxford Real Farming Conference and the College for Real Farming and Food Culture, describes the book as: “an excellent history of modern farming – the best I have come across precisely because the words are those of the farmers themselves and their families, who have lived through and are still living through its transformation.”

Production of the book has been supported and funded from the South West Peak Landscape Partnership, which is a group of organisations led by the Peak District National Park Authority and supported by the National Lottery Heritage Fund, which distributes money raised by National Lottery players.

The book and associated project Peak Land Lives is led by local farming charity The Farming Life Centre and all proceeds from book sales will be reinvested back into projects that support farmers in the South West Peak.

Volunteers are now being sought to help with editing and curating the audio files that have come out of this project. Audio editing experience is desirable but training will be given. To find out more visit our Volunteer page.

The Land That Made Us, priced £16.99, is available from the Farming Life Centre, the Peak District National Park Authority online shop, reception and visitor centres as well as local bookstores, in Waterstones and on Amazon.