The below article is from the Staffordshire Wildlife Trust News Feed and has been modified to include figures for the Crayfish in Crisis project specifically:

The population of white-clawed crayfish has fallen significantly due to the introduction of North American signal crayfish – a non-native species which carry a disease which white-claws have no resistance to.

Thanks to the Crayfish in Crisis project, however, relocations of white-claws have taken place to offer them safer waters and habitats.

The partnership is a group of organisations led by the Peak District National Park Authority and supported by the National Lottery Heritage Fund through a grant of £2.4 million, which distributes money raised by National Lottery players. The project covers an area from Lyme Park in the north to Onecote in the south and from Macclesfield in the west to Buxton in the east. The Crayfish in Crisis project is match-funded by The Environment Agency and the crayfish donor sites have been provided by Forestry England at Cannock Chase.

As part of the project Crayfish in Crisis staff, volunteers, and ecologists have been working hard to identify potential Ark Sites that are ideal for white-claws to move into. Ark Sites are areas that have been extensively surveyed and found to be free from, and as isolated as possible from the invasive Signal crayfish, and therefore keep the newly introduced population of White-claws safe from the disease the Signal’s carry.

Earlier this year three translocations took place with dozens of people from as many organisations coming out to help catch, record and move over white-claws to their peaceful new Ark Sites. 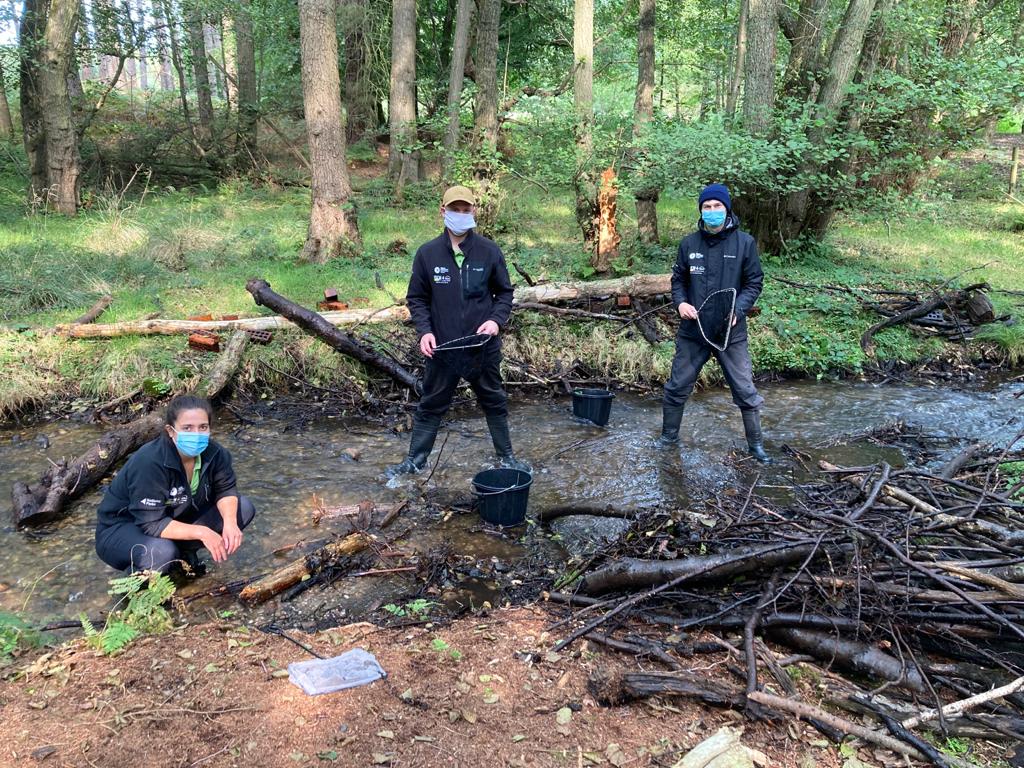 Nick Mott, the project manager for Staffordshire Wildlife Trust, said: “This and other projects have been running successfully for eleven years now and have relocated over 8,000 crayfish to 18 new sites.

Note: Through the Crayfish in Crisis project specifically there have been 5,495 crayfish translocated to 7 ark sites.

“When selecting a new site we go through rigorous checks of the water chemistry, making sure the stream doesn’t dry out even during times of drought and that there’s lots of food. We don’t just need the crayfish to survive, we need them to thrive.

“An important measure of success is the follow-on monitoring at the new sites. To date we’ve found the new populations are steadily growing, so we know they are breeding.”

Please report any sightings of any crayfish species to Staffordshire Wildlife Trust.

The Crayfish in Crisis project has been supported by the following organisations: 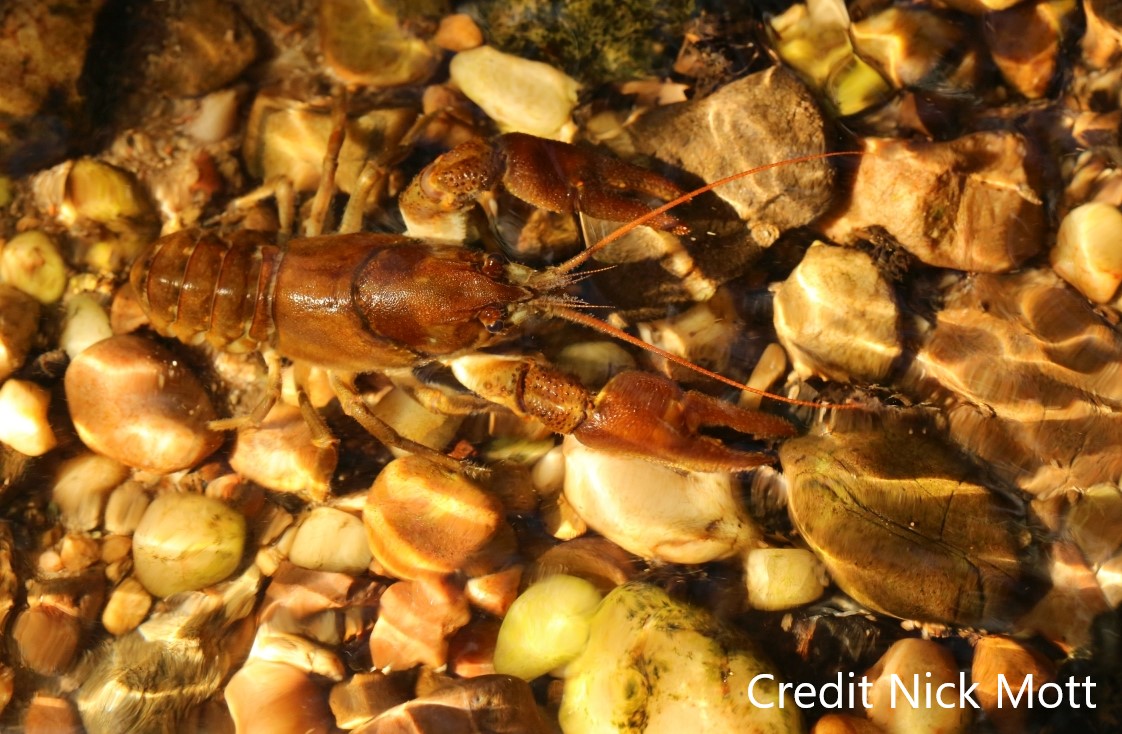