This Just In From The Hartington History Group:

This fascinating new book, based on the diary of villager John Sherratt and other community memories, has been compiled by Richard Gregory of the Hartington History Group and edited by Roly Smith.

Richard said: “Diaries like these are rare because few working-class people kept them, and those that were written rarely survive. And such social histories of ‘ordinary’ people and communities is usually concentrated on urban rather than rural localities.”

John Robert Sherratt lived in Hartington Town Quarter parish throughout his life. He was born in Dig Street, Hartington on September 1, 1900. He died there 77 years later on December 20, 1977, and is buried with his wife Irene in St Giles’ churchyard.

Known by some people as ‘The Thinker’, John was a quiet, contemplative man, and his diaries reflect this. It contains occasional references to events elsewhere in the world, for example the day Great Britain declared war against Germany in 1939. But this momentous event merits no greater emphasis than those for the birth, death or marriage of local inhabitants. When his son Jeffrey was born in March, 1937, his diary records no more than: “Son born 7.20pm. Good.” The entry for VE day is alongside one recording the fact that John sowed his garden peas.

Illustrated by over 100 many previously-unseen photographs of Hartington and its inhabitants, John’s brief diary entries are put into context by a Timeline of national and international events. There are separate fascinating features on other village personalities, buildings and institutions, creating a unique and valuable record of village life in the middle of the 20th century.

You can purchase copies at Picture Book in Leek.

A Village Life: Hartington 1933-55 (ISBN No: 978-1-5272-2541-1) is published by the Hartington History Group priced at £7.99 and its publication was supported by the South West Peak Landscape Partnership/Heritage Lottery Fund and Hartington Charities. 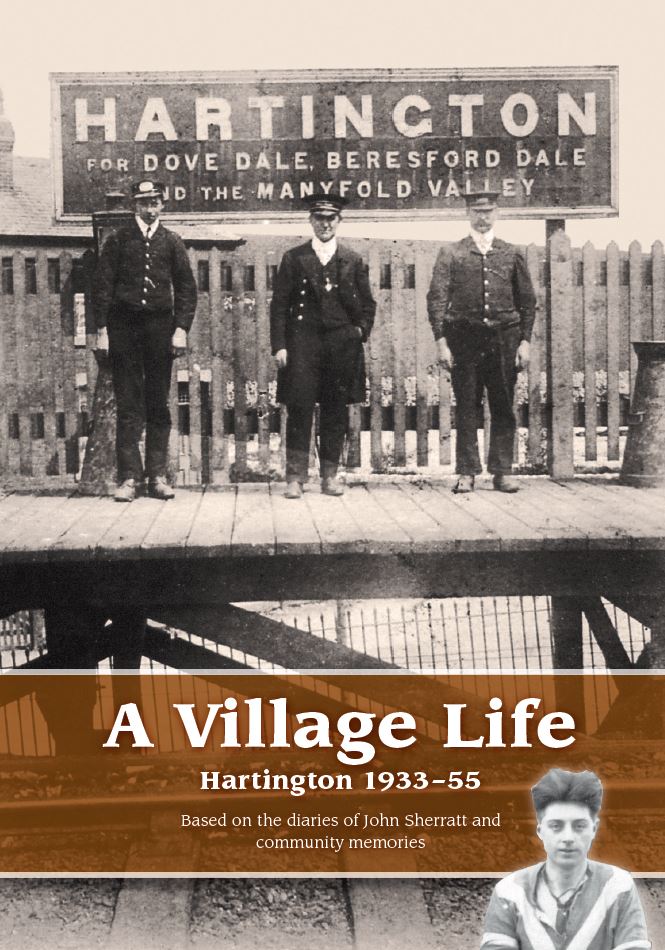